When the Babies Won't Come: Womanhood and Self-Worth Defined (Paperback) 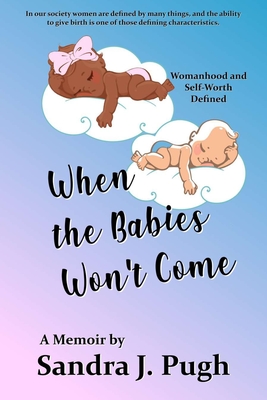 When the Babies Won't Come: Womanhood and Self-Worth Defined (Paperback)


Backordered
(This book cannot be returned.)
Many girls practice with their dolls in anticipation of the day when they become adults, and the real babies come. But what happens to their self-worth when the babies won't come? Sandra Pugh knows what she's talking about. After facing multiple forms of prejudice and blatant racism while growing up in rural Alabama, she found that the ultimate rejection would come when her womanhood was defined by her inability to bear children. After moving to Michigan as a young woman, she encountered still more difficulties and stilted attitudes regarding womanhood and childbearing. Unwilling to accept conventional wisdom, Sandra pursued an educational path, renewed her faith, and allowed God to define her life.Now a licensed therapist, Sandra shares her life story as both an object lesson and a social commentary.