Liberties Journal of Culture and Politics: Volume I, Issue 2 (Paperback) 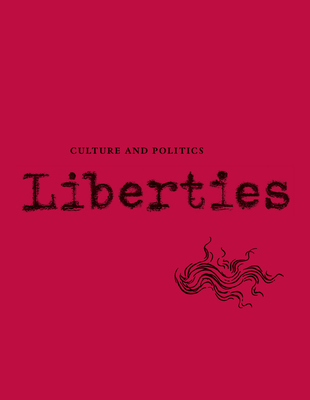 Liberties Journal of Culture and Politics: Volume I, Issue 2 (Paperback)


In Stock—Click for Locations
Liberties - A Journal of Culture and Politics features original essays and poetry from some of today's best writers and artists to inspire and impact the intellectual and creative lifeblood of culture and politics.

Leon Wieseltier is the editor of Liberties. Celeste Marcus is the managing editor of Liberties. Anthony Julius is a lawyer in the United Kingdom, and the author, among other books, of Transgressions: The Offences of Art. Nicholas Lemann is a professor at Columbia University Graduate School of Journalism and the author of Transaction Man: The Rise of the Deal and the Decline of the American Dream. Alfred Brendel, the pianist, is the author most recently of The Lady from Arezzo: My Musical Life and Other Matters. Paul Berman is the author of Power and the Idealists, among other books. Jorie Graham's Runaway, her fifteenth volume of poetry, was published last fall. Fouad Ajami, the author of many books about the Arab world, died in 2014. "The Story of Dalal" is taken from his unpublished memoir When Magic Ends. Jack Goldsmith teaches law at Harvard University. His most recent book is In Hoffa's Shadow: A Stepfather, a Disappearance in Detroit, and My Search for the Truth. Edward Luttwak has written many books on strategy, including The Rise of China vs. The Logic of Strategy. Roberto Calasso is the publisher of Adelphi Edizioni in Milan and the author most recently of The Celestial Hunter. This essay was translated by Richard Dixon. Ishion Hutchinson's House of Lords and Commons, a volume of poems, was published in 2016. He teaches at Cornell University. Walter Scheidel is professor of Classics and History at Stanford and the author of The Great Leveler: Violence and the History of Inequality from the Stone Age to the Twenty-First Century. Helen Vender is the author of Our Secret Discipline: Yeats and Lyric Form and The Ocean, the Bird, and the Scholar: Essays on Poets and Poetry. Robert Alter is professor of Hebrew and Comparative Literature at the University of California at Berkeley. His new book, Nabokov and the Real World: Between Appreciation and Defense, will appear this spring. Daryl Michael Scott is professor of History at Howard University. Rosanna Warren is an American poet and the author most recently of Max Jacob: A Life in Art and Letters. Alastair Macaulay is a critic and historian of the performing arts who was the chief dance critic of The New York Times and the chief theater critic of The Financial Times. Lincoln Kirstein's hand-written diaries, quoted in this essay, are kept in the NewYork Public Library for the Performing Arts and are cited here by permission of his literary executor, Nicholas Jenkins. David Greenberg is a historian at Rutgers University. He is writing a biography of John Lewis.