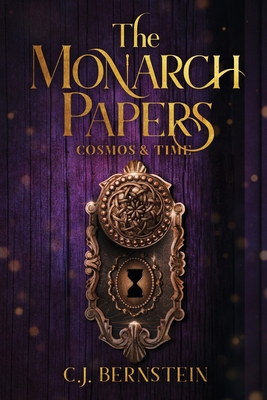 "By the end of the book, it's thrilling to think that, as an objective reader who believes himself to be at a safe distance from a story, the very act of reading this volume may have enlisted you into the secret army that you've been reading about " - Christopher J. Connolly

"This book inspired me to finally actually get involved with the forums. It made everyone feel that much more human, that much more real, continuing to blur the line of magiq happening in our world. I absolutely adore the books, and cannot wait for more." - Michela Bader

Dark forces stir between the pages of an ancient book. A deadly day of reckoning looms. Can a determined young character and her real life allies defeat a centuries-old evil?

After solving one impossible mystery, Deirdre Green remains stumped by the remaining clues left by her late father. Every time she makes progress with The Monarch Papers, she realizes his cryptic riddles have only created more questions. As Deirdre begins to walk stranger, more dangerous paths, she finds that dark forces hellbent on her destruction wait in the shadows...

Witnessing a dark magician's last performance has left Martin Rank traumatized. But when the journalist hears a cry for help, he buries his fear to investigate a shadowy tech company with connections to the dead mage. After he stumbles upon a hidden lab and horrific experiments, he resolves to put his tragic past behind him to mount a dangerous rescue.

As Deirdre discovers a plan to unleash malevolent magic, Martin begins to tie together his terrifying discovery to a deadly countdown and an ancient conspiracy. Can they defeat the darkest force earth has ever faced, or will the ancient enemy wipe out humanity with one powerful blow?

The Monarch Papers: Cosmos and Time is the thrilling continuation to an epic contemporary fantasy that began as an interactive online reader experience. If you like powerful magic, chilling conspiracies, and high-stakes heroics, then you'll love C.J. Bernstein's extraordinary novel.