The Revolt Against Humanity: Imagining a Future Without Us (Paperback) 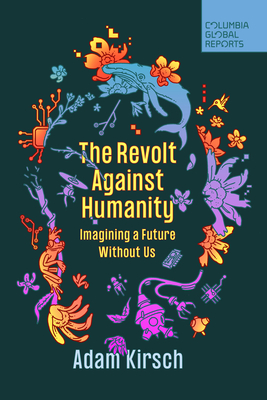 The Revolt Against Humanity: Imagining a Future Without Us (Paperback)

Should we welcome the end of humanity?

In this blistering book about the history of an idea, one of our leading critics draws on his dazzling range and calls our attention to a seemingly inconceivable topic that is being seriously discussed: that the end of humanity's reign on earth is imminent, and that we should welcome it. Kirsch journeys through literature, philosophy, science, and popular culture, to identify two strands of thinking: Anthropocene antihumanism says that our climate destruction has doomed humanity and we should welcome our extinction, while Transhumanism believes that genetic engineering and artificial intelligence will lead to new forms of life superior to humans.

Kirsch's introduction of thinkers and writers from Roger Hallam to Jane Bennett, David Benatar to Nick Bostrom, Patricia MacCormack to Ray Kurzweil, Ian McEwan to Richard Powers, will make you see the current moment in a new light. The revolt against humanity has already spread beyond the fringes of the intellectual world, and it can transform politics and society in profound ways--if it hasn't already.