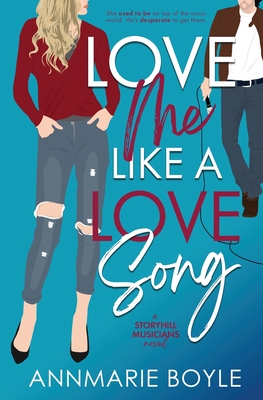 She used to be on top of the music world. He's desperate to get there.

Unable to compose since the death of her rock star husband, Grammy award-winning songwriter, Grace O'Connor is terrified the tabloids are right: she's nothing without her famous husband. But when she's ordered to help a pompous pretty-boy finish his album or be blacklisted, Grace can't give up on her love of music-no matter how infuriating her new partner.

Andrew Hayes is crumbling under the weight of his ambition. Determined to prove himself to his hypercritical father, his attempts to write the songs for his band's first original LP are rapidly unraveling. When his record label sticks him with a washed-up celebrity, the future seems clear: he's going to let his band down and finally prove his father right.

Forced into an unwilling partnership, the frustration is as thick as the sexual tension. With the deadline looming, Grace and Andrew agree to a temporary truce, only to uncover a far more dangerous threat-a crazy-hot attraction that can't be denied. But Andrew's terrified romance will spoil his chances of creating the album that'll put him on the map and Grace worries she's fading into the shadow of a charismatic performer-again.

Will they take a chance at a love that could catapult them both to the top of the charts or will this complicated couple allow fear to tear them apart?

Love Me Like a Love Song is the first book in the Storyhill Musicians contemporary romance series. If you like strong women, starry-eyed dreamers, and unquenchable chemistry, then you'll adore Annmarie Boyle's enemies-to-lovers, slow burn, rock star romance.