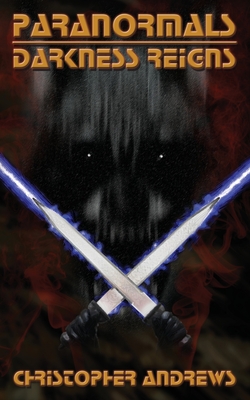 Book Three in the PARANORMALS series

Two years ago, Steve Davison - known to the world as the hero Vortex - lost his family. Murdered, one and all, by superhuman paranormals. Except for his brother, John, who was officially listed as "missing," because his remains were destroyed beyond viable identification.

But John did not die that day.

Instead, John was whisked away to a world of magic and wonder. And there he remained, living a life he could never have imagined.

But things have taken a dark turn for John. An enemy, an insidious creature of darkness called the Skygger, has traveled to Earth. Its goal: Revenge against John ... by killing Vortex.

The heroes who fight alongside Vortex - Lieutenant Takayasu and Shockwave, Powerhouse, and the Taalu alien, the Shining Star - form a mighty force against paranormal rogues. But they have never faced an opponent like the Skygger.

Without John's help, Vortex is doomed.

Because where the Skygger goes, Darkness Reigns.