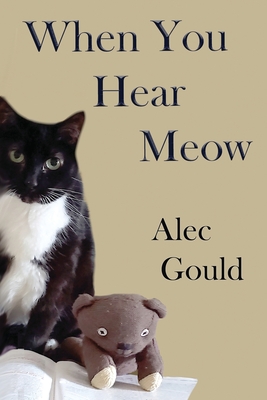 "A man reflects on his marriage and a cat and teddy bear who enlivened it...

The manner in which Gould has Don anthropomorphize both Alec and Ted-D is consistently touching and will doubtless strike a chord with the cat owners who are the book's natural audience.

The story shifts very comfortably from quotidian household details and family affairs to deeper philosophical considerations, as when a chat with Alec moves quickly from the surprise revelation that all cats can read to the question of the "nine lives" cats have: "What number life am I on? It does not matter to you, nor to me," Alec tells Don. "It only matters that we enjoy life as we do. With one another, with love."﻿

﻿﻿﻿After decades of their paths going in different directions, Gloria's and Don's paths finally intersect. True love, except for one little matter. Alec-the-Cat. Don has a fondness for dogs, Gloria's fondness lies with cats. Will this uncross their paths or will it make them closer? Gloria believes it won't be an issue. Why? Because cats are magical. But, will Don believe?