Murder Capital of the World (Paperback) 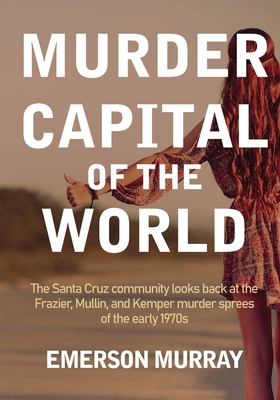 Murder Capital of the World (Paperback)

Over 25 people murdered in just over two and a half years. What was happening in the small coastal town of Santa Cruz between October 1970 and February 1973?

John Linley Frazier's home invasion murders of the Ohta Family and Dorothy Cadwallader in 1970 and the serial murder sprees of Herbert Mullin and Edmund Kemper left an impact on Santa Cruz that can still be felt today.

Local law enforcement, victim's families and friends, classmates and acquaintances of the killers, local historians, voices from the past and present, and the killers themselves all come together to tell the horrific stories and explain why Santa Cruz was dubbed THE MURDER CAPITAL OF THE WORLD in the early 1970's.