Beyond the Saga of Rocket Science: Avoiding Armageddon (Hardcover) 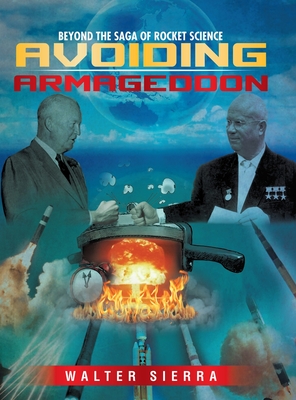 Beyond the Saga of Rocket Science: Avoiding Armageddon (Hardcover)

Avoiding Armageddon describes the herculean efforts expended by the United States and the Soviet Union to best each other in rocketry during the Cold War years, interspersed with attention-grabbing accounts of the engaging personalities involved. Both countries stood on a precarious knife-edge as each sought supremacy in nuclear weapons, waiting for the other to strike before mounting a devastating counterstrike. The book clearly explains the weaponry developed by both superpowers during an escalating nuclear arms race, how the Soviets managed to pull ahead at first, and how they overcame unbelievable handicaps and heart-rending space disasters to come within a hair's breadth of winning the Space Race against their implacable foe. Unbeknownst to the general public (and undoubtedly a great surprise to the reader), the Soviets built their own Moon rocket, the N1, as a counterpart to the American Saturn V. They launched it four times, and came very close to matching America's accomplishments. In fact, Soviet design bureau leaders had developed ambitious plans for building lunar colonies and even manned missions to Mars to outpace the United States had the Space Race continued.