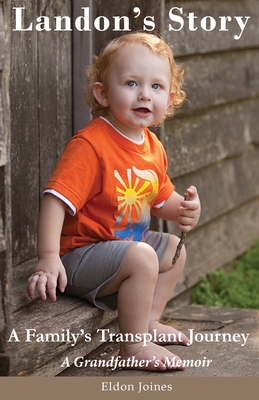 A child destined to die at birth but saved by the grace of God - and his family's struggle to keep him alive until he could get a small intestine transplant.

After Landon's birth in 2009, a surgeon told his family their precious newborn wouldn't live more than a few days. His small intestine had twisted and died. Hopeless, they mourned and waited for Landon's death.

But God intervened. They learned of a relatively new and rare procedure - a small intestine transplant. If they could keep Landon alive until he grew strong enough to withstand the surgery, he might survive.

Landon's Story is that journey, as told by his grandfather - his advocate. It's the story of a family who cared for a critically ill child and each other, including a family matriarch with Alzheimer's, while they struggled to get Landon a transplant.

It's the story of a community that rallied around a sick child. And, of a grandfather who ran his first marathon - the Grandfather Mountain Marathon, one of the toughest in America - to raise money for Landon's transplant-related expenses.

Most important, It's a testimony of how God answers prayers and how He saved Landon.