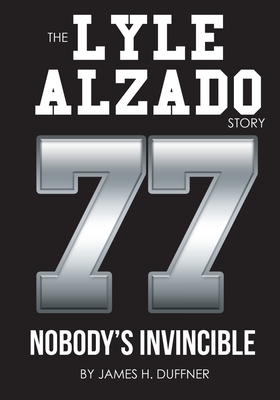 Football legend Lyle Alzado was one of the most intimidating football players of all time is the only player to have an NFL rule named after him, One meant to prevent injury and to possibly save lives. Off the field, however he was a picture of contradictions: prone to rages and abrupt acts of violence, he was also known for his compassionate work with mentally and physically challenged children. The man who feared nobody was, in reality, riddled with a deep seated tear that any kind of failure send him back to the ghetto streets he grew up on. Living with a violent selfish father left him desperate for love, which she often looked or in all the wrong places. Having been teased and ridiculed mercilessly in school left him with a deep seated need for acceptance, leaving him emotionally vulnerable. He was hysterically funny and menacingly frightening, astoundingly powerful and surprisingly gentle, seemingly invincible and ultimately very very fragile. From his early days as a street fighter just trying to survive the mean streets through his astounding football career, his days as a celebrity actor and restaurant owner, his shocking accusation of rampant steroid use in the NFL, and his tragic death from that abuse, this is The Lyle Alzado Story told as only a best friend could share it. Nobody's Invincible Is packed with personal stories, never before seen photographs and insights into Lyle's life that years after his death, can finally be revealed. No holds barred here. You are invited into Lyle's inner circle to rub shoulders with both sports greats and Hollywood superstars and to get to know him better than almost anyone except his closest friends. Some would say Lyle paid the ultimate price for his lifestyle. But I'm here to tell you he didn't he was saved before it was too late. He was a player in every sense of the word, friends with the world's top athletes, Hollywood royalty, and the underworld bad guys. He was the last of a breed and I was proud to call him my best friend.