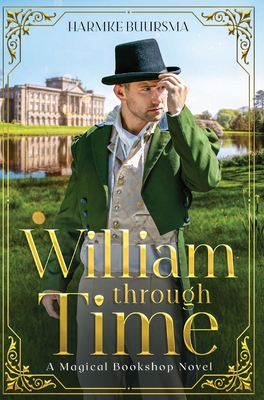 In the second installment in the A Magical Bookshop Novel series join William as he returns to his friends Rose, Beth, and John in Westbridge.

Still wrestling with losing the man he loved during the Napoleonic War, William Chambers receives a letter from his friend John Easton. Spurred by its contents William leaves his apartments in London behind to travel to the Hawthorne estate. There, he meets Austin Miller, a man who just like his friend's wife Rose has traveled from the future.

William struggles with feelings of guilt, nightmares about his military service, and strict regency era society rules as he becomes more and more intrigued by the strange and modern young man. However, the return of a figure from his past threatens to disrupt everything William cares about. Will love slip through his hands once more or can he hold on to it?