War is a Racket (Paperback) 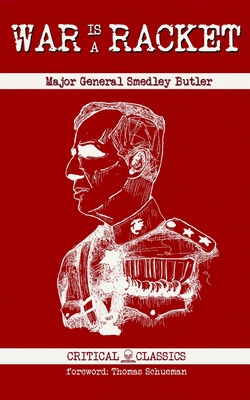 War is a Racket (Paperback)

Critics of war are often labeled treasonous lunatics. Even those who are critical of the government are scrutinized and dragged through the mud. Young men and women volunteer to fight wars on their nation's behalf, and we should commend them for their actions, but we should question the steps to board ships and planes bound for foreign soil before their military service is required.

Major General Smedley Butler was a 2x Medal of Honor recipient and an advocate for those he lead to war. His legacy is rich with valor in combat but also the bureaucratic fight on the homefront. From exposing war-profiteering to campaigning for veterans benefits that provide returning US troops with rich opportunities in the present day, "Old Gimlet Eye" was an American hero you surely did not read about in school.

"War is a racket, it always has been," and it still is.