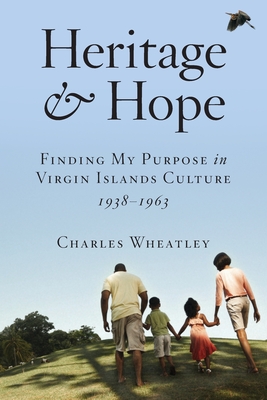 Heritage and Hope: Finding My Purpose in British Virgin Islands culture 1938-1963 revisits life in the British Virgin Islands during the first twenty-five years of Carlos's life. The title reflects life in his home village in East End, Tortola, British Virgin Islands. It covers his experiences from birth, his relationships with his parents, siblings and other persons in the the enclave where he lives. Set in an enclave named James Young, the author takes the reader into the bowels of local life where one can eschew the good, the bad, and the ugly, which is the arena for Carlos's struggle to survive. Carlos refused to be submerged by the vicissitudes of life in James Young but remained immersed in the daily struggles that shaped his life. His story from birth to his twenty-fifth birthday is a focused journey to find his purpose in life, while the arrows and darts of the community veers in his path daily. His survival speaks to the fortitude of his character, and his altruistic responses to his friends relationships. His desire to see other people excel in life motivated him as he searched for his own purpose.

The school and church families and three special friends with whom he interacted daily give the reader yet another glimpse into Virgin Islands cultural features. He faces and eventually subdues the environmental pressures, and friends not in sync with his deep beliefs in simplicity, humility and integrity.