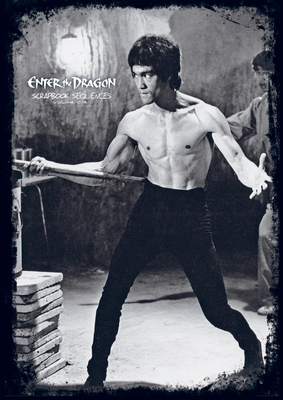 By Ricky Baker (Compiled by)


Not On Our Shelves—Ships in 1-5 Days
(This book cannot be returned.)
Bruce Lee is, without doubt, one of the most photographed movie stars in the worldThere are tens of thousands of images, both on set and off, capturing Bruce in his everyday life whether he is training, at a function, at home with his family, or socializing with friends. But without a doubt, there is an incredible amount of photos of Bruce when he is filming.With each movie came more photographs, Bruce himself was a keen photographer, and always wanted to check any photos that were taken of him often taken by his regular cameraman "Chan Yuk to make sure the best images were used for publicity shotsSo, by the time "Enter the Dragon" went into production there was a multitude of both cameramen shooting behind the scenes and photographers making ETD the most photographed of all of Bruce's films. I estimate that there is probably over 9000 plus from that movie alone. Back then the photographer was snap of 36 shots in succession to capture Bruce's art form and lightning speed so they could ensure that some of the shots would be useable.This scrapbook takes some of those sequences capturing many emotions of Bruce both on-screen and behind the scenes.