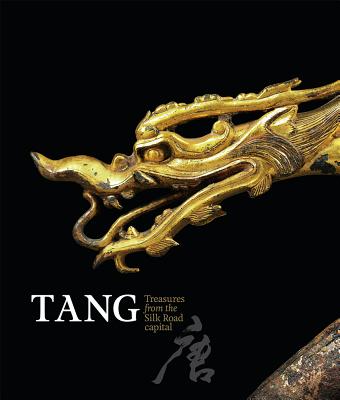 By Cao Yin (Editor), Edmund Capon (With), Qi Donfang (With)

Situated at the beginning, or the end, of the famous trade routes known as the Silk Road, China's ancient capital ‒ Chang'an ‒ flourished during the Tang dynasty (618‒907) to become the largest and most cosmopolitan city in the world. Tang: Treasures from the Silk Road Capital presents wondrous and diverse artifacts from Chang'an and the surrounding area from temples and the tombs of the wealthy and the elite.

Existing for over three hundred years, the Tang dynasty is considered the golden age of the arts, science, and commerce in China. Predating the travels of Marco Polo, people came from far and wide to China where foreign goods and ideas were welcomed, where women had greater opportunities to move freely, become educated, and even take power. China's only female emperor, Wu Zetian, ruled during this time. It was also a time of rebellion, war, and court intrigue. The influence of Tang remains strong today and is still evident in the city of Chang'an (present-day Xi'an). The spectacular archaeological findings, drawn from eleven institutions in Shaanxi province, include gold, silver, glass, ceramics, sculptures, and mural paintings, demonstrate the high artistic achievements of this Golden Age of China.

With few publications available in English on the art of the Tang dynasty, this will be a welcome book for general and specialist readers alike.