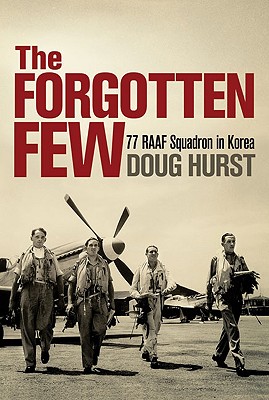 
Special Order—Subject to Availability
In June 1950, No 77 Squadron RAAF was in Japan, packed up and ready to go home. Instead, they went to Korea, flying Mustang fighters as part of a UN force aiding South Korea fight invading communists from the north. Early flights helped hold the crucial Pusan Perimeter, after which they moved north to fight both the enemy and the deep cold of the Korean winter. When Chinese MiG-15 jet fighters entered the war the squadron re-equipped with twin-jet Meteors. The MiGs were controlled by Russian fighter experts who targeted the Meteors, driving them out of "MiG Alley." Adopting ground attack with rockets as their main role, they still fought MiGs, ending the war with a five-all draw. It was valuable but very dangerous work and squadron pilots faced a one in four chance of death or capture for much of the war. Their deeds warranted lasting fame. Instead, they became the Forgotten Few of a largely forgotten war; those who read this book will find they deserve better than that.
Doug Hurst was a RAAF navigator for 33 years. He has written numerous articles on military affairs and is the author of three previous books involving RAAF history, including The Fourth Ally: The Dutch Forces in Australia in WWII.