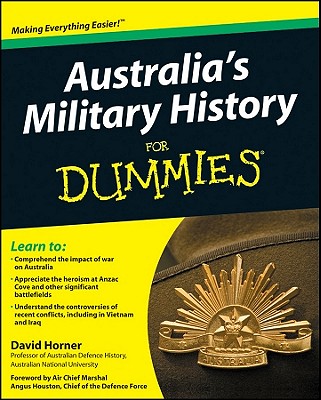 
Not On Our Shelves—Ships in 1-5 Days
(This book cannot be returned.)
Created especially for the Australian customer

More people are visiting Gallipoli and walking the Kokoda Trail each year -- now find out why. This complete guide helps you trace the story of Australia's involvement in war, from the colonial conflicts with the Indigenous population, through the World Wars to peacekeeping initiatives in East Timor and the controversial conflict in Afghanistan.

Open the book and find:

David Horner is the Professor of Australian Defence History at the Australian National University and is the author of numerous books on military history and defence policy. A former Regular Army officer, he saw combat as an infantry platoon commander in Vietnam in 1971.