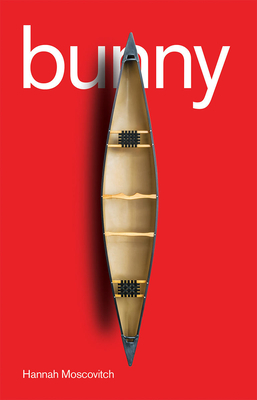 
Not On Our Shelves—Ships in 1-5 Days
Sorrel grew up with professor parents, where carob was dessert, reading passages of Canadian poetry aloud was entertainment, and canoeing was the only sport encouraged. No one really noticed the studious Sorrel until she turned seventeen, when late puberty suddenly transformed her into a hot dork. Boys wanted her and girls loathed her, and all at once Sorrel discovered the joys of sexuality and the pain of social rejection.

Sorrel enters college as a self-proclaimed loser with no female friends, but then she meets Maggie. Maggie's unwavering friendship helps her shed her inhibitions and become more truly herself. The two women grow older, but when Maggie is diagnosed with cancer, Sorrel must choose between raw feeling and devotion.

Hannah Moscovitch is an acclaimed playwright, librettist and TV writer. Her work for the stage includes East of Berlin, This is War, Little One, The Russian Play, Infinity, Bunny, What a Young Wife Ought to Know, and her opera with Lembit Beecher I have no stories to tell you. She's been widely produced in Canada, the United Stated, Britain, Europe, Australia and Japan, and honoured with numerous awards, including multiple Dora Awards, Fringe First and Herald Angel Awards at the Edinburgh Fringe, the Trillium Book Award, and the prestigious Windham-Campbell Prize administered by Yale. She's been a finalist for the Governor General's Award, the Susan Smith Blackburn Prize, and twice for the Siminovitch Prize. This fall, Hannah's opera with Lembit Beecher and Joanna Settle, Sky on Swings, premieres at Opera Philadelphia, and she debuts her first confessional work for the stage, Secret Life of a Mother, at the Theatre Centre in Toronto. Her music-theatre hybrid Old Stock: A Refugee Love Story, with Ben Caplan and Christian Barry, continues to tour internationally: upcoming stops include Toronto, London, Sydney, and Hong Kong. After touring to New York City this winter, Old Stock: A Refugee Love Story was nominated for six Drama Desk Awards.