At Home in Nature: A Life of Unknown Mountains and Deep Wilderness (Paperback) 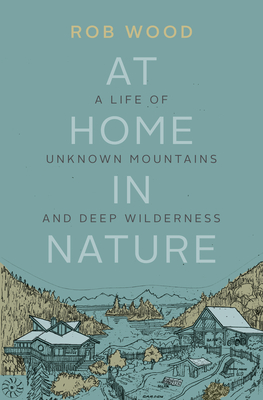 At Home in Nature: A Life of Unknown Mountains and Deep Wilderness (Paperback)

The compelling story of one family's life among the rugged landscapes of the Coast Mountains, converting youthful ideals, raw land and a passion for the outdoors into a practical off-grid homestead.

Rob Wood grew up in a village on the edge of the Yorkshire Moors, where he eventually developed an obsessive preoccupation with rock climbing. After studying architecture for five years at the Architectural Association School in London, England, and becoming an architect, he made his way to Montreal, then to Winnipeg and ended up in Calgary. During his time in Canada, Rob became a pioneer of ice climbing and posted numerous first ascents in the Rockies.

Eventually, life in corporate Alberta proved unfulfilling and Rob realized that he needed to find a place where he could reconnect with nature, which brought him to the remote reaches of Canada's West Coast. Settling on Maurelle Island, he and his wife built an off-the-grid homestead and focused on alternative communities and developing a small house-design practice specializing in organic and wholesome building techniques.

At Home in Nature is a gentle and philosophical memoir that focuses on living a life deeply rooted in the natural world, where citizens are connected to the planet and individuals work together to help, enhance and make the world a better - and sustainable - place.