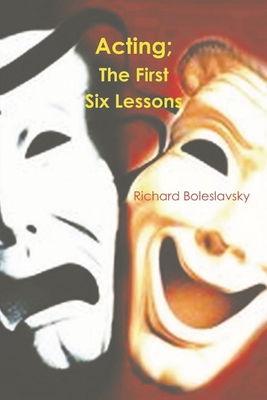 Get the book that has taught generations of some of the best stage and screen actors and actresses. In his beloved classic, "Acting: The First Six Lessons", master acting teacher Richard Boleslavsky presents his acting theory and technique in a lively and accessible narrative form. Widely considered a must-have for beginning as well as established actors, Boleslavsky's work has long helped actors better understand the craft of acting and what it takes to really grow as an artist.