Public Intellectuals in South Africa: Critical Voices from the Past (Hardcover) 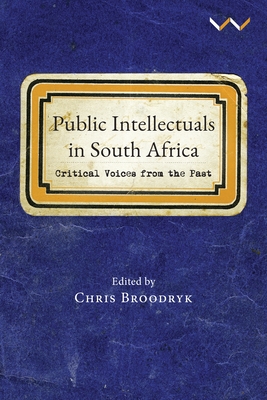 Public Intellectuals in South Africa: Critical Voices from the Past (Hardcover)

This edited collection gives voice to neglected public intellectuals in the arts, humanities, and journalism in South Africa who gave voice and presence to those who have been marginalized and silenced in South African history

Edward Said described a public intellectual as someone who uses accessible language to address a designated public on matters of social and political significance. The essays in Public Intellectuals in South Africa apply this interpretive prism and activist principle to a South African context and tell the stories of well-known figures as well as some that have been mostly forgotten. They include Magema Fuze, John Dube, Aggrey Klaaste, Mewa Ramgobin and Koos Roets, alongside marginalized figures such as Elijah Makiwane, Mandisi Sindo, William Pretorius and Dr Thomas Duncan Greenlees. The essays capture the thoughts and opinions of these historical figures, who the contributors argue are public intellectuals who spoke out against the corruption of power, promoted a progressive politics that challenged the colonial project and its legacies, and encouraged a sustained dissent of the political status quo. Offering fascinating accounts of the life and work of these writers, critics and activists across a range of historical contexts and disciplines, from journalism and arts criticism to history and politics, it enriches the historical record of South African public intellectual life. This volume makes a significant contribution to ongoing debates about the value of research in the arts and humanities, and what constitutes public intellectualism in South Africa.
Chris Broodryk is Senior Lecturer in the Drama Department at the University of Pretoria.