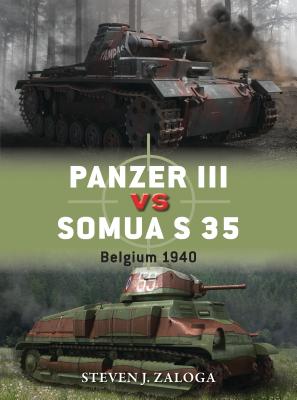 This is book number 63 in the Duel series.

The armor clashes in May 1940 were the biggest the world had yet seen, as the German advances of that period came to epitomize Blitzkrieg. Nonetheless the Wehrmacht's Panzer III was well matched by the French Somua S35; the two representing very different design philosophies and yet ranking among the best designs in the world at the time.

Steven J. Zaloga received his BA in History from Union College and his MA from Columbia University. He has worked as an analyst in the aerospace industry for over two decades, covering missile systems and the international arms trade, and has served with the Institute for Defense Analyses, a federal think tank. He is the author of numerous books on military technology and military history, focusing on the US Army in World War II as well as Russia and the former Soviet Union. The author lives in Abingdon, MD.