Patrice Lumumba - Ahead of His Time (Paperback) 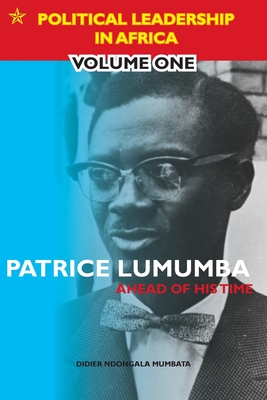 Patrice Lumumba - Ahead of His Time (Paperback)


Not On Our Shelves—Ships in 1-5 Days
(This book cannot be returned.)
Europeans and Americans, and especially Western students, know very little, if anything, about Africa and its extraordinary political leaders. At the Institute of Political Science, in the political leadership courses, the focus is on the great political leaders who shaped world history, such as Niccolo Machiavelli, Napoleon Bonaparte, Abraham Lincoln, John Kennedy, Vladimir Lenin, etc. No one is mentioned on the continent of Nelson Mandela, Patrice Lumumba, Soundiata Keita, Leopold Senghor and Mansa Kanga Mousa. The latter, king of the kings of Mali from 1312 to 1337, an empire in West Africa, is considered the richest man in human history.
"Political Leadership in Africa" is a series of books that shine a light on extraordinary African political leaders, so that people around the world, especially politicians, journalists and students, will pay new attention to Africa, its history and its people.
Indeed, Patrice Emery Lumumba "Ahead of His Time" is the first volume in the series. This book is a detailed political analysis of an extraordinary politician, who became prime minister when the Democratic Republic of Congo gained its independence in 1960. Although his life was cut short, Patrice Lumumba was undoubtedly an exceptional political leader. The consequences of the events that led to the liberation of the Democratic Republic of Congo would have been profoundly different without his impact on the political outcome. He is now described as a hero, a martyr, a prophet and the Abraham Lincoln of African politics.