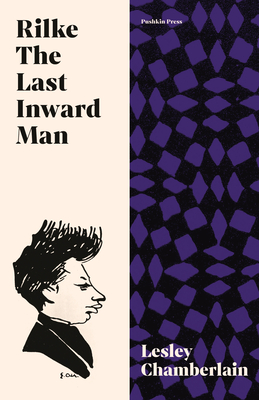 
Not On Our Shelves—Ships in 1-5 Days
An incisive and intimate account of the life and work of the great poet Rilke, exploring the rich interior world he created in his poetry

When Rilke died in 1926, his reputation as a great poet seemed secure. But as the tide of the critical avant-garde turned, he was increasingly dismissed as apolitical, as too inward.

In Rilke: The Last Inward Man, acclaimed critic Lesley Chamberlain uses this charge as the starting point from which to explore the expansiveness of the inner world Rilke created in his poetry.

Weaving together searching insights on Rilke's life, work and reception, Chamberlain casts Rilke's inwardness as a profound response to a world that seemed ever more lacking in spirituality.

In works of dazzling imagination and rich imagery, Rilke sought to restore spirit to Western materialism, encouraging not narrow introversion but a heightened awareness of how to live with the world as it is, of how to retain a sense of transcendence within a world of collapsed spiritual certainty.
Lesley Chamberlain is a British writer and critic who has written extensively on German and Russian literature, food and travel. Her published books include The Philosophy Steamer: Lenin and the Exile of the Intelligentsia, The Secret Artist: A Close Reading of Sigmund Freud and Motherland: a Philosophical History of Russia. Nietzsche in Turin is also available from Pushkin Press.
“Deeply perceptive and passionately argued study of Rainer Maria Rilke... always illuminating.”
--John Banville, The New York Review of Books