Robert the Bruce: The King and the Spider (Paperback) 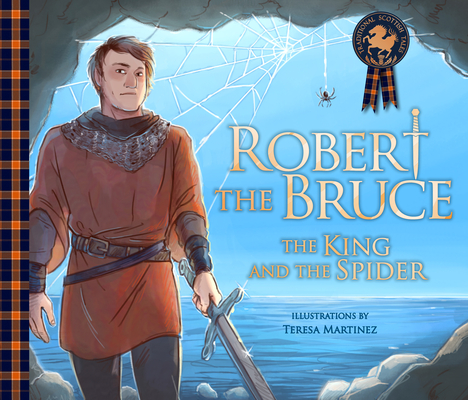 Robert the Bruce: The King and the Spider (Paperback)

Weaving together history and myth, Robert the Bruce: The King and the Spiderbrings to life the most-famous legend of the freedom-fighting Scottish king.

Following the rebellious king's journey from crushing defeat in battle and daring escape to lonely exile in a dark cave, Robert the Bruce spots a tiny spider that refuses to give up trying to spin its web. Inspired by its perseverance, King Robert returns to lead the Scottish army, eventually defeating the English at the Battle of Bannockburn, a victory that ensured Scottish independence for three centuries.

This stunning picture book tells both the legend and the facts about one of Scotland's best-known kings, through illustrations packed with historical detail.

Molly MacPherson is a writer based in Edinburgh. Teresa Martinez was born and brought up in rural Mexico, moving to Monterrey to go to school. She studied graphic design and painting before becoming a children's book illustrator. She is the illustrator of Mary, Queen of Scots: Escape from Lochleven Castle