Wellington's Army: the Commanders, Organisation, Tactics and Equipage of the British Army During the Peninsular War, 1809-14 (Paperback) 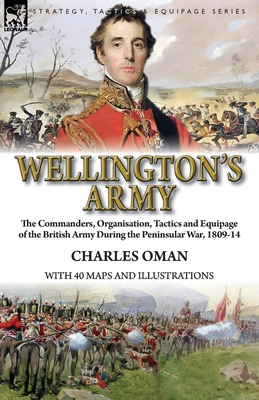 Wellington's Army: the Commanders, Organisation, Tactics and Equipage of the British Army During the Peninsular War, 1809-14 (Paperback)

The excellence of Sir Charles Oman's scholarship as an historian is well established. He wrote on a wide variety of subjects and historical periods in an erudite but succinct and easy to read style and his comprehensive multi-volume history of the Peninsular War is widely regarded as the most significant work on the subject since the publication of Napier's history. This book is equally well known and well regarded. Within its pages Oman describes in some detail the British Army that fought the First Empire of the French in Spain, Portugal and the South of France. This story would be incomplete without that army's commander, and Wellington's performance and methodology is closely described, together with those of his most significant lieutenants. Each constituent part of the army is considered from structure to equipage and operations in relationship to the French forces which opposed them. Oman's examination of the British Army of the early nineteenth century is now regarded as a classic. This Leonaur edition is unique since it includes 40 illustrations and maps which did not appear in the original edition of the book. Oman devoted two chapters to his bibliographical sources and though they remain in this edition, since their content is fascinating and invaluable, they have been moved from the beginning to the end of the book in the interest of accessibility to the principal subject of the work.