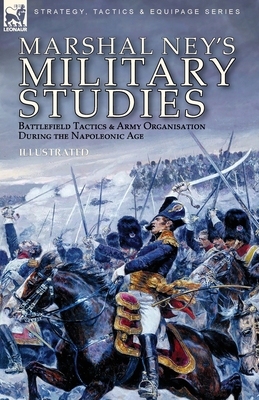 Warfare for the Age of Napoleon

Several of Napoleon's Marshals and senior officers wrote treatises on the waging of war based on their own experiences. For modern students of the history of that period these works give fascinating insights into the battlefield and campaign tactics of some of the most fascinating armies of comparatively modern times. Michel Ney fought during the Revolutionary Wars as a hussar and his early advances in rank were in cavalry commands. He received his marshal's baton in 1804 and fought many battles under the banner of the First Empire of the French including the fatal Russian Campaign and the Campaign of 1814 which led to the emperor's fall. Known as 'the bravest of the brave', Ney, having sworn allegiance to the restored Bourbon monarchy, then went over to his former master for the ill-fated 'Hundred Days', fighting at Quatre Bras and Waterloo. He was shot for treason in Paris in 1815. This book contains diagrams illustrating Ney's battle tactics and troop movements.