Blücher: the Uprising of Prussia Against Napoleon 1806-1815 (Paperback) 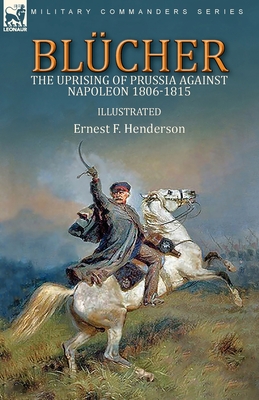 Blücher: the Uprising of Prussia Against Napoleon 1806-1815 (Paperback)

Gebhard Leberecht von Bl cher was born in Rostock in 1742 and began his military career in 1758 as a hussar in the Swedish Army. He was captured by the Prussians in 1760 and joined the Prussian Army but was forced to resign for insubordination. A farmer until 1786, he returned to the army rising in rank to lieutenant-general in 1801. Today, Bl cher is remembered for his cooperation with the Duke of Wellington during 'The Hundred Days' campaign in 1815, which resulted in the allied victory at Waterloo and the final downfall of Napoleon, who never had a more implacable foe than Bl cher. He pressed on with unrelenting energy despite his advancing years, through many campaigns and battles and undaunted in his resolution despite suffering numerous military setbacks. The turn of the tide came in 1813 at Leipzig, 'The Battle of the Nations', where at last an army under his command prevailed. After the campaign of 1814 in North-eastern France, Bl cher favoured blowing up the Jena Bridge to punish Paris for the sufferings of his homeland. The First Empire of the French had fallen, but the following year Field-Marshal Bl cher was again at hand to administer the coup de grace in Belgium. He died in 1819 aged 76 years.