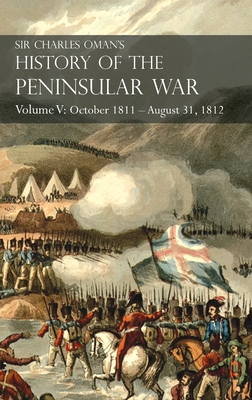 Volume V covers the period during which the outcome of the war was effectively decided by Wellington's great advance from Portugal into Spain. The operations that took place at this time include the French campaigns of late 1811, with their conquest of Valencia and the siege of Tarifa; Wellington's offensive, involving the terrible sieges and storming of the border fortresses of Ciudad Rodrigo and Badajoz; and his great victory at Salamanca, which did much to decide the fate of the French hold on Spain. Other notable actions include that at Garcia Hernandez, and there were also smaller operations such as those on the east coast of Spain. Orders of battle, lists of strengths and casualties, and an account of Wellington's intelligence officer and code-breaker Sir George Scovell, whose efforts contributed greatly to Wellington's plans of campaign, are given in the appendices.