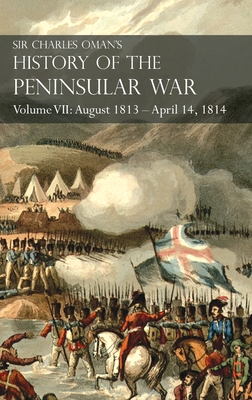 The Capture of St. Sebastian, Wellington's Invasion of France, Battles of the Nivelle, the Nive, Orthez and Toulouse

Between August 1813 and the end of hostilities in April 1814, Napoleon's forces were finally expelled from the Iberian Peninsula. Wellington's army invaded southern France, only halting its operations when news was received of Napoleon's abdication.

The events covered in this volume include the British siege and capture of St. Sebastian; the final campaigning in eastern Spain; Wellington's invasion of France; and the last actions of the war in the Battle of Toulouse and the French sortie from Bayonne. A chapter on the place of the Peninsular War in history concludes Oman's monumental work.