All the Devils Are Here (Paperback) 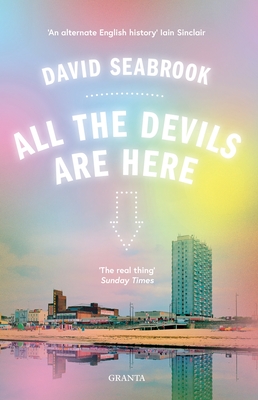 All the Devils Are Here (Paperback)

Twenty years ago, in a series of mysterious, incandescent writings, David Seabrook told of the places he knew best: the declining resort towns of the Kent coast. The pieces were no advert for the local tourist board. Here, the ghosts of murderers and mad artists crawl the streets. Septuagenarian rent boys recall the good old days and Carry On stars go to seed. Clandestine fascist networks emerge. And all the time, there is Seabrook himself - desperate perhaps, and in danger.

Dark, strange and immediate, this is a classic work of sui generis British literature.

There are devils here, and the reader will remember them.

David Seabrook was born in 1960 and spent most of his life in Kent, where he studied Proust at the University of Canterbury. A marked outsider, he drew inspiration from artists who operated outside prevailing literary fashion, those who persisted when nobody was listening. His writings ranged from tributes to unheralded authors to studies of tabloid crimes; were all committed to longhand, seldom found any publishing outlet, and are now considered lost. At the turn of the century, the longhand pages of All the Devils Are Here came to Granta's attention and the book was published in 2002. In 2009, Seabrook's body was discovered in his Canterbury flat. He had published only one further work, the true crime piece Jack of Jumps.