A Cultural History of the Ottomans: The Imperial Elite and Its Artefacts (Hardcover) 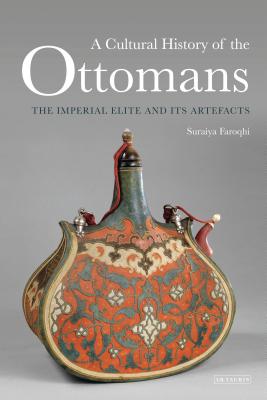 A Cultural History of the Ottomans: The Imperial Elite and Its Artefacts (Hardcover)


Special Order—Subject to Availability
The Ottoman Empire was more than a center of military and economic activity; it was a vivid and flourishing cultural realm. The artefacts and objects remaining from all corners of this vast empire tell us a great deal about the everyday concerns of the Ottomans. In this book, Faroqhi, a leading historian on the Ottoman Empire, has selected the most revealing, surprising and striking examples of the artefacts which illuminate the lesser-known cultural and artistic world of the Ottomans. Each image--reproduced in full color--is deftly linked to the latest historiography, and the social, political and economic implications of her selections are never forgotten. In Faroqhi's hands, the objects become ways to learn more about trade, gender and socio-political status. They open an enticing window onto the variety and color of everyday life; from the Sultan's court, to the peasantry and slavery. Amongst its luxuriant faiences and etchings, its sofras and carpets, A Cultural History of the Ottomans is essential reading for all students of the Ottoman Empire and its material culture.
Suraiya Faroqhi is Professor of History at Bilgi University, Istanbul. She was previously Professor of Ottoman Studies at the Ludwig Maximilians University, Munich. Among her many publications are The Ottoman Empire and the World Around It, Pilgrims and Sultans and Subjects of the Sultan (all published by I.B.Tauris).