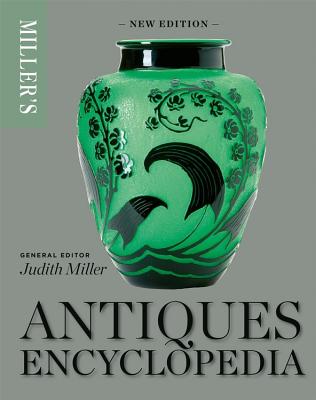 First published in 1998, Miller's Antiques Encyclopedia has gone on to sell more than 150,000 copies worldwide and been published into seven languages. This new edition includes a thoroughly updated directory, list of suppliers and up-to-date price codes for each item.

Compiled by an international team of over 40 consultants and writers, and offering clear and wide-ranging coverage of antiques and collectables, this book contains valuable information for both the enthusiast and the experienced dealer. An extensive glossary explains the terms used throughout the book and clear cross-referencing leads you into related areas of interest. All the traditional areas of collecting are featured, with extensive sections on furniture, ceramics, silver and glass. More specialist subjects, such as jewellery, scientific instruments, Oriental art and sporting memorabilia are also included.

Clearly and logically organised, practical and packed with absorbing and useful information, Miller's Antiques Encyclopedia is an invaluable aid to collecting and the definitive reference book on the subject.
Judith Miller began collecting in the 1960s while a student at Edinburgh University in Scotland. She has since extended and reinforced her knowledge of antiques through international research, becoming one of the world's leading experts in the field. In 1979 she co-founded the international bestseller Miller's Antiques Price Guide and has since written more than 100 books, which are held in high regard by collectors and dealers. She appears regularly on TV and radio and has lectured extensively, including at the Victoria & Albert Museum in London and the Smithsonian in Washington, DC.