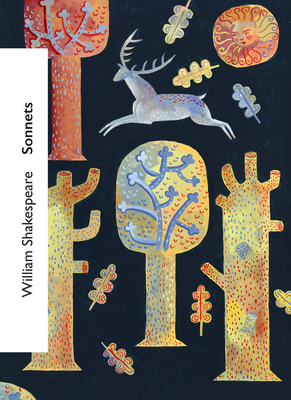 Love sonnets are for romantics, starry-eyed lovers and ardent hearts. And Shakespeare's sonnets are the best ever written. But this is why they are also for cynics, for star-crossed lovers and for those who know the anguish of unrequitedlove.Some appear to be written to a young man, some to a woman. And although the poems are full of mystery - why did Shakespeare write them, and to whom? - each one speaks to us from across the centuries of love, hate and the intensity of being alive.
William Shakespeare was born in Stratford-upon-Avon in Warwickshire, and was baptized on 26 April 1564. His father was a glove maker and wool merchant and his mother, Mary Arden, was the daughter of a well-to-do local land owner. Shakespeare was probably educated in Stratford's grammar school. In 1582 he married Anne Hathaway, and the couple had a daughter the following year and twins in 1585.

Shakespeare's theatrical life seems to have commenced around 1590. We do know that he was part of the Lord Chamberlain's Company, which was renamed the King's Company in 1603 when James I succeeded to the throne. The Company acquired interests in two theatres in the Southwark area of London, near the banks of the Thames - the Globe and the Blackfriars.

Shakespeare's poetry was published before his plays, with two poems appearing in 1593 and 1594, dedicated to his patron Henry Wriothesley, Earl of Southampton. Most of Shakespeare's sonnets were probably written at this time as well.
Records of Shakespeare's plays begin to appear in 1594, and he produced roughly two a year until around 1611. His earliest plays includeHenry VIandTitus Andronicus.A Midsummer Night's Dream, The Merchant of VeniceandRichard IIall date from the mid to late 1590s. Some of his most famous tragedies were written in the early 1600s; these includeHamlet, Othello, King Lear, MacbethandAntony & Cleopatra. His late plays, often known as the Romances, date from 1608 onwards and includeThe Tempest.
Shakespeare died on 23 April 1616 and was buried in Holy Trinity Church in Stratford. The first collected edition of his works was published in 1623 and is known as "the First Folio."

McMillan is a Senior Lecturer at the Manchester Writing School at Manchester Metropolitan University and a Fellow of the Royal Society of Literature.