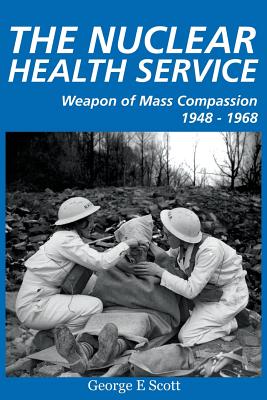 
Not On Our Shelves—Ships in 1-5 Days
(This book cannot be returned.)
Cold War Britain did not just involve spies and military confrontation. Dr George Scott tantalisingly unwraps another dimension which enveloped the National Health Service and affected ordinary lives in some extraordinary ways. From its birth in 1948, successive governments secretly used the organisation to bolster national morale in the event of a nuclear confrontation. This involved a unique belief system based on a healthcare promise that neither the chronic and mentally ill, nor the millions of casualties resulting from a nuclear war, would ever be abandoned. With the propaganda message exploiting public trust in the NHS, the study reveals how doctors, surgeons, nurses and midwives were manipulated to front a psychological weapon that lasted for twenty years, but existed for no other purpose than to protect the British bomb.