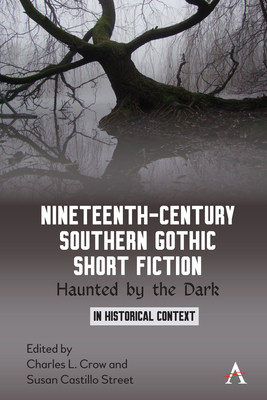 The gothic is a dark mirror of the fears and taboos of a culture. This collection brings together a dozen chilling tales of the nineteenth-century American South with non-fiction texts that illuminate them and ground them in their historical context. The tales are from writers with enduring, world-wide reputations (Edgar Allan Poe), and others whose work will be unknown to most readers. Indeed, one of the stories has not been reprinted for nearly a hundred years, and little is known about its author, E. Levi Brown.

Similarly, the historical selections are from a range of authors, some canonical, others not, ranging from Thomas Jefferson and the great historian and sociologist W. E. B. DuBois to the relatively obscure Leona Sansay. Some of these readings are themselves as disturbingly gothic as any of the tales. Indeed, the boundaries between fiction and non-fiction are tenuous in the gothic South. It is our contention that southern gothic fiction is in many ways realistic fiction, and, even at its most grotesque and haunting, is closely linked to the realities of southern life.

In America, and in the American South especially, the great fears, taboos, and boundaries often concern race. Even in stories where black people are not present, as in Poe's "The Fall of the House of Usher" and "The System of Professor Tarr and Dr. Fether," slavery hangs in the background as a ghostly metaphor. Our background readings place the fiction in the context of the South and the Caribbean: the revolution in Haiti, Nat Turner's rebellion, the realities of slavery and the myths spun by its apologists, the aftermath of the Civil War, and the brutalities of Jim Crow laws.