The Graft: How a Pioneering Operation Sparked the Modern Age of Organ Transplants (Hardcover) 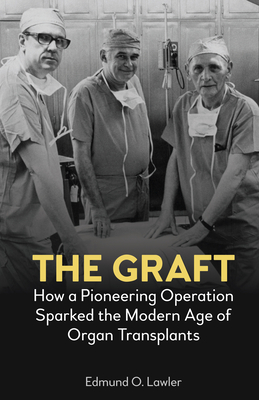 The Graft: How a Pioneering Operation Sparked the Modern Age of Organ Transplants (Hardcover)

In a community hospital in suburban Chicago run by Catholic nuns, surgeons performed an operation never done in the world before. The team at the Little Company of Mary Hospital led by Richard Lawler transplanted a kidney in 1950 from a just-deceased woman into the abdominal cavity of a 44-year-old woman.

Critics in the medical community called the operation irresponsible because immunosuppressant drugs that prevent the rejection of a transplanted organ had yet to be developed. Some Catholic clergy considered the transplant sacrilegious because it "desecrated" the sacred body of a dead woman when her kidney was removed. Yet the nuns who ran the hospital blessed the procedure.

Lawler said time alone would judge its success. Seventy years later, that transplant is largely lost to history--overshadowed by remarkable transplant surgeries and medical breakthroughs that have made life-saving kidney and other organ transplants almost routine. The book throws light on a seminal moment in medical history, offering new insights into the early days of human organ transplantation while also looking at the current national kidney crisis.

Edmund O. Lawler is a journalist, an author and a journalism instructor at DePaul University in Chicago.