Why an Afterlife Obviously Exists: A Thought Experiment and Realer Than Real Near-Death Experiences (Paperback) 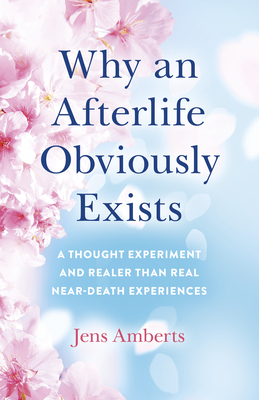 Why an Afterlife Obviously Exists: A Thought Experiment and Realer Than Real Near-Death Experiences (Paperback)


Not On Our Shelves—Ships in 1-5 Days
'Like a master attorney, Jens Amberts has marshaled an abundance of virtually irrefutable evidence in making the case for the thesis of his brilliant book, Why an Afterlife Obviously Exists. Basing his argument on four fundamental facts about near-death experiences (NDEs), Amberts has written a book that every serious student of NDEs, and especially skeptics, should be sure to read. On finishing it, I doubt any reader will not be convinced that death is not a dead end.' Kenneth Ring, Ph.D., Professor Emeritus of Psychology, University of Connecticut, author of Lessons from the Light Why an Afterlife Obviously Exists is a philosophical argument demonstrating why the existence of an afterlife is beyond astronomically likely and hence empirically certain. It explains how we have every rational reason to think that people who have near-death experiences are not only telling the truth, but the book also argues that near-death experiencers are thoroughly justified in knowing that they visited the actual afterlife.