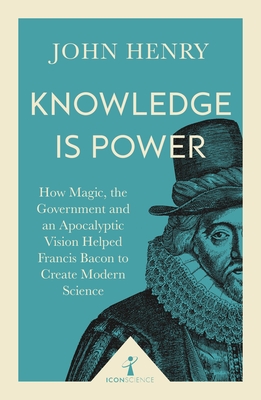 
Not On Our Shelves—Ships in 1-5 Days
Francis Bacon - a leading figure in the history of science - never made a major discovery, provided a lasting explanation of any physical phenomena or revealed any hidden laws of nature. How then can he rank as he does alongside Newton? Bacon was the first major thinker to describe how science should be done, and to explain why. Scientific knowledge should not be gathered for its own sake but for practical benefit to mankind. And Bacon promoted experimentation, coming to outline and define the rigorous procedures of the 'scientific method' that today from the very bedrock of modern scientific progress. John Henry gives a dramatic account of the background to Bacon's innovations and the sometimes unconventional sources for his ideas. Why was he was so concerned to revolutionize the attitude to scientific knowledge - and why do his ideas for reform still resonate today?
John Henry is a Senior Lecturer in Science Studies at Edinburgh University. He is the author of Moving Heaven and Earth: Copernicus and the Solar System (2001), also in the Icon Science series.