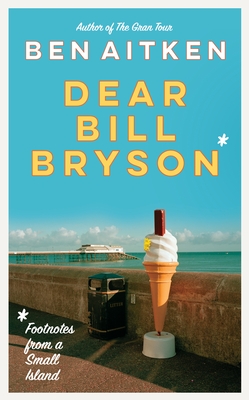 A new edition of an irreverent homage to the '95 travel classic, from the author of The Gran Tour.

﻿In 2013, travel writer Ben Aitken decided to follow in the footsteps of his hero - literally - and started a journey around the UK, tracing the trip taken by Bill Bryson in his classic tribute to the British Isles, Notes from a Small Island.

Staying at the same hotels, ordering the same food, and even spending the same amount of time in the bath, Aitken's homage - updated and with a new preface for 2022 - is filled with wit, insight and humour.

Ben Aitken was born under Thatcher, grew to 6ft then stopped, and is an Aquarius. He is the author of four books: Dear Bill Bryson, A Chip Shop in Poznań, The Gran Tour ('Both moving and hilarious', Spectator) and The Marmalade Diaries.