Doctor Who: The Ruby's Curse (Paperback) 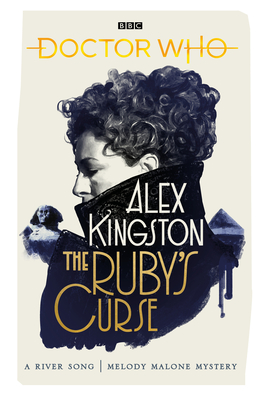 Doctor Who: The Ruby's Curse (Paperback)


Not On Our Shelves—Ships in 1-5 Days
She's got ice in her heart and a kiss on her lips... 1939, New York. Private Eye, Melody Malone, is hired to find a stolen ruby, the Eye of Horus. The ruby might hold the secret to the location of Cleopatra's tomb - but everyone who comes into contact with it dies. Can Melody escape the ruby's curse? 1939, New York. River Song, author of the Melody Malone Mysteries, is forced to find a reality-altering weapon, the Eye of Horus - but everyone who comes into contact with it dies. River doesn't believe in curses - but is she wrong? From the top-security confines of Stormcage to the barbarism of first-century Egypt, River battles to find the Eye of Horus before its powers are used to transform the universe. To succeed, she must team up with a most unlikely ally - her own fictional alter ego, Melody. And together they must solve another mystery: Is fiction changing into fact - or is fact changing into fiction?
Alex Kingston is TV royalty, celebrating 40 years in the business. From her debut in Grange Hill in 1980 to the title role (and BAFTA nomination) in The Fortunes and Misfortunes of Moll Flanders, starring in over 150 ER episodes and becoming part of Doctor Who folklore as River Song. Her appearance in Doctor Who was meant to be a one-off but she became a regular and remains a fan favourite.