No One Really Dies: 25 Reasons to Believe in an Afterlife (Paperback) 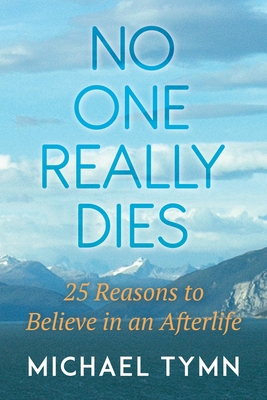 No One Really Dies: 25 Reasons to Believe in an Afterlife (Paperback)

When it comes to the subjects of God and life after death, some people demand evidence that extends to absolute certainty. At the other extreme are those who are content with a belief based on emotion, instinct, or the opinion of higher authority, what is referred to as blind faith. In between are varying degrees of belief or certainty ranging from extreme skepticism to strong conviction. Discussions and debates on the two subjects are often interwoven, usually beginning with the implication that one must have proof of God before even considering the survival of consciousness at death. Since God, whatever He, She or It happens to be, is apparently beyond both human comprehension and mainstream science, the discussion or debate often stalls without proper consideration being given to the evidence strongly suggesting that consciousness does survive death in a larger life.

The evidence supporting survival has come to us through research carried out by many distinguished scientists and scholars in the fields of mediumship, after-death communication, past-life studies, near-death experiences, out-of-body experiences, deathbed visions and other psychic phenomena. The most convincing evidence was gathered between 1850 and 1935, but it was rejected by religion because some of it conflicted with established dogma and doctrine, even though it supported the primary tenet of religion, human survival after death. It was rejected by science because it defied strict scientific examination and conflicted with the emerging materialistic worldview embraced by supposedly progressive and enlightened people. Neither the religionist nor the scientist could seemingly get past the need to prove God before looking at the evidence for survival.

Without involving the existence or non-existence of God, god, or gods, this book examines some of the best evidence for survival studied between 1850 and the present day, the majority taking place before 1935. Time has not eroded the validity of those cases and the research surrounding them, although popular internet references generally subscribe to the materialistic worldview and are biased heavily toward debunking them all, while offering twisted, distorted, misleading, incomplete and uninformed explanations. Indeed, many of the cases reported in this book are bizarre and exceed the normal boggle threshold, but it should be kept in mind that the scientists and scholars who reported on them did so after numerous observations, often under highly controlled conditions, and with their reputations on the line.

The book begins with experiences by both the author and the publisher before discussing the mind-boggling phenomena and the research surrounding them, all leading to a conclusion that No one really dies.