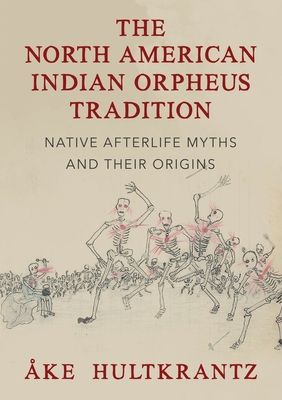 "Visionaries who have made their way to the realm of the dead and then returned have told of its secrets."

In this scholarly but highly readable book, the famed anthropologist and historian of religions ke Hultkrantz takes us on an in-depth exploration of Native American afterlife journey myths and shamanism. Anticipating the western "discovery" of near-death experiences by nearly 20 years, Hultkrantz recognized them as phenomena distinct from other extraordinary experiences such as dreams and vision quests. Equally remarkable, Hultkrantz found that Native American afterlife myths were actually influenced by NDEs and shamanic otherworld journeys. Weaving this discovery together with various cultural and psychological factors, Hultkrantz also delves into other supernatural beliefs and practices such as soul-retrieval, ghosts, funerary rituals, reincarnation, and the Ghost Dance religions in which initiates deliberately induced NDE-like experiences. Rounding off his study with comparisons to afterlife journey myths in ancient Greece, Mesopotamia, across Asia, and the Pacific islands, Hultkrantz crafted an unsurpassed masterpiece of comparative religion and paranthropology, many years ahead of its time.

Originally published as a small edition in Europe, the book was never widely available to the general public and has been out-of-print for decades. Afterworlds Press is proud to now make this groundbreaking work accessible to a new generation of readers.