Parapsychology: A Century of Enquiry (Paperback) 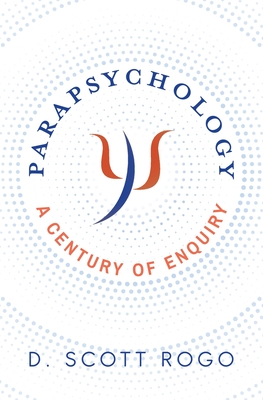 Parapsychology: A Century of Enquiry (Paperback)

Are we more than our physical bodies? Do we survive bodily death? Does precognition, telepathy, distant healing, clairvoyance and ESP exist? How about near-death experiences, out-of-body experiences, remote viewing, Peak in Darien experiences and Deathbed Visions?

In Parapsychology: A Century of Enquiry, D. Scott Rogo, one of the most prolific investigative journalists in the genre, examined anomalous phenomena in his own compelling, engaging style before his life was cut short in 1991.

It's a subject-arguably the most important subject-where there are countless examples of anecdotal evidence but very few ways of measuring and predicting outcomes, therefore materialist science maintains, "There's no scientific evidence; it's a coincidence; wish fulfilment, confirmation bias; the law of large numbers, delusion or a hallucination.

The scientific debate has raged since the mid 1800s. Meanwhile, the phenomena continues to occur, and with the advent of the internet we can see it happens all over the world and has throughout history.

A mother wakes up because her baby is experiencing convulsions. She takes her to the hospital at 2:00am. The next day she receives a letter from her mother a thousand miles away which reads: "Be careful with the baby. Dad dreamed about her this week. He was quite disturbed because although he kept reaching and reaching for her, she kept slipping away from him until she was gone." The baby dies a few days later.

Coincidence or a premonition? You decide.