The Believers are But Brothers (Oberon Modern Plays) (Paperback) 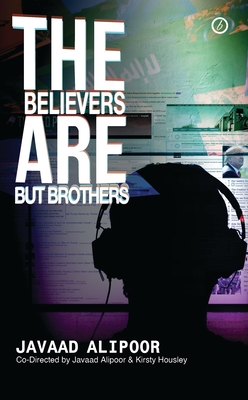 The Believers are But Brothers (Oberon Modern Plays) (Paperback)

We live in a time where old orders are collapsing: from the postcolonial nation states of the Middle East, to the EU and the American election. Through it all, tech savvy and extremist groups rip up political certainties.

Amidst this, a generation of young men find themselves burning with resentment, without the money, power and sex they think they deserve. This crisis of masculinity leads them into an online world of fantasy, violence and reality.

The Believers Are But Brothers is based on Alipoor's experiences of working with young people, and research he conducted online. The original show was performed at the Edinburgh Fringe and transferred to the Bush Theatre, London.

The show envelops its audience in this digital realm, weaving us into the webs of resentment, violence and power networks that are eating away at the structures of the twentieth century. This bold one-man show explores the smoke and mirrors world of online extremism, anonymity and hate speech.

Javaad Alipoor is a writer, theatre maker and director, as well as an Associate Director of Theatre in the Mill. He makes work at different scales, building cross-platform digital and hard end community work into everything he does. His recent work for theatre includes The Rising of the Moon (writer/director), Bassett (director). He also writes poetry and prose. His pamphlet The People Want a long form poem about the Arab Spring was published by Art in Unusual Places, and his essays and theory-fiction on global politics, philosophy and art have been published by Continuum and UnKant.
“Full of dark poetry and sheer analytical power” - The Scotsman ★★★★

“A window into the frightening virtual world” - Time Out ★★★★