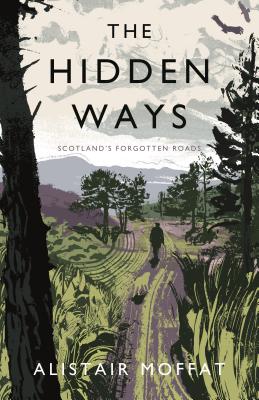 
Special Order—Subject to Availability
Shortlisted for the Edward Stanford Travel Writing Awards In The Hidden Ways, Alistair Moffat traverses the lost paths of Scotland. Down Roman roads tramped by armies, warpaths and pilgrim routes, drove roads and rail roads, turnpikes and sea roads, he traces the arteries through which our nation's lifeblood has flowed in a bid to understand how our history has left its mark upon our landscape. Moffat's travels along the hidden ways reveal not only the searing beauty and magic of the Scottish landscape, but open up a different sort of history, a new way of understanding our past by walking in the footsteps of our ancestors. In retracing the forgotten paths, he charts a powerful, surprising and moving history of Scotland through the unremembered lives who have moved through it.
Alistair Moffat was born in Kelso, Scotland in 1950. He is an award-winning writer, historian and Director of Programmes at Scottish Television, former Director of the Edinburgh Festival Fringe, and former Rector of the University of St Andrews. He is the founder of Borders Book Festival and Co-Chairman of The Great Tapestry of Scotland project.