Chronicle of the Logothete (Translated Texts for Byzantinists Lup) (Hardcover) 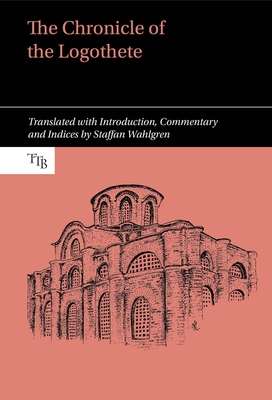 Chronicle of the Logothete (Translated Texts for Byzantinists Lup) (Hardcover)


Not On Our Shelves—Ships in 1-5 Days
The Chronicle of Logothete covers the period from the Creation of the World to the burial of emperor Romanos I Lekapenos in the summer of 948 AD. If we deduce a medieval text's importance and success from the number of extant manuscripts, this work must score highly. While some medieval chronicles have come down to us in only one manuscript, about thirty manuscripts transmit the Chronicle of the Logothete in its main form, and there are also manuscripts containing different kinds of elaborated versions of the text. Also, the chronicle was translated into Old Slavonic at least twice. In spite of the work's popularity, the chronicler himself remains obscure. It has been suggested that this could be Symeon Metaphrastes, an illustrious Byzantine literate who collected and edited, or wrote, Saints' Lives. However, it is fairly certain only the final compilation of the text was made in the second half of the 10th century, which reveals a pro-Lekapenian bias and an antipathy towards the
Macedonian dynasty. This volume is based on the translator's 2006 edition of the text and constitutes the first translation ever into English.

Staffan Wahlgren is Professor of Classical Philology at the Norwegian University of Science and Technology, Trondheim and a member of the Royal Norwegian Society of Sciences and Letters.