Pink Floyd in Objects: Explore the Iconic Band Through Their Instruments, Posters, Photograpshs and Props (Hardcover) 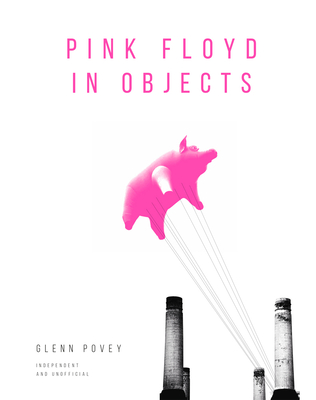 Pink Floyd in Objects: Explore the Iconic Band Through Their Instruments, Posters, Photograpshs and Props (Hardcover)

Explore one of the most important and influential bands in the world as never before--through the objects that defined it.

The story of Pink Floyd has been told . . . but never like this. Pink Floyd in Objects looks at the great psychedelic rock band through the items that they created, instruments they played, music they wrote, and posters, photographs, and props from their amazing stage shows. The original, priceless, and sometimes ordinary objects are presented in chronological order, and together they paint a complete picture of the group's history.

Glenn Povey founded the highly regarded Pink Floyd fanzine Brain Damage and was its editor from 1985 to 1993. He cowrote Pink Floyd in the Flesh: The Complete Performance History, and the original edition of Echoes, which was the number-one authority on the history of the band until Glenn's masterwork, The Complete Pink Floyd (2016). He has written extensively about the band for Mojo, Record Collector, Classic Rock, and other music magazines, as well as contributing liner notes to the band's reissues. He was a contributor to the exhibition Their Mortal Remains. He lives in Hertfordshire, England.