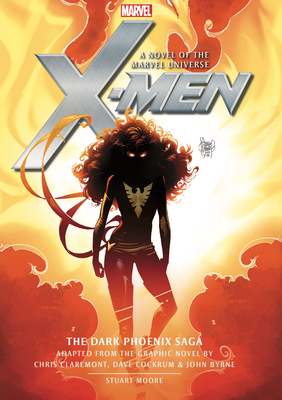 
Not On Our Shelves—Ships in 1-5 Days
One of the most popular X-Men epics of all time, revealing the birth of perhaps the deadliest force in the galaxy--Dark Phoenix.

PILOTING A DOOMED SHUTTLE THROUGH A MASSIVE SOLAR FLARE, JEAN GREY SACRIFICES HER LIFE TO SAVE THE X-MEN. THEN A MIRACLE OCCURS--AND SHE IS REBORN!

True to its namesake, the Phoenix rises, and Jean becomes one of the universe's most powerful entities. But when she and the X-Men launch an assault against the clandestine organization known as the Hellfire Club, she is manipulated into betraying her fellow mutants. Jean is transformed into the Hellfire Club's Black Queen, and her life takes a deadly turn.

As her powers surge out of control, it becomes clear to all that the Phoenix must be stopped. Some would destroy her regardless of the cost, but the X-Men desperately seek to defeat her without killing Jean in the process.

The fate of our world hangs on their success.
Winner of the Eisner Award for Best Editor, Stuart Moore's comics and graphic novel work includes the original science-fiction series Earthlight, Shadrach Stone, and PARA. He has written Web of Spider-Man, Namor, and Wolverine Noir, the adaptation of the bestselling novel Redwall, and two volumes of the award-winning The Nightmare Factory. He wrote Civil War, the first in a line of prose novels from Marvel Comics, and Thanos: Death Sentence.
“Fans of the original novel will find a loyal adaptation by Moore, and readers only familiar with the film versions will learn some new nuggets inside some favorite characters’ backgrounds” - Borg.com